“…a low-key but varied set that used a time-honored process in which live performace sets off computer processes…”
–Allan Kozinn, the New York Times, 9 March 2002 [download]

“And, a new and wonderful discovery for this reviewer, Holland Hopson set his haunting vocals about a desolate landscape with ‘no road lead[ing] straight home’ against layers of clawhammer banjo woven together via computer processing and a foot pedal.”
—ArtsBham, “Birmingham Art Music Alliance, ‘DIY’” 10 August 2016 [read online]

“Best Retro-Futurist: Composer and instrumentalist Holland Hopson has been a contributor to the region’s avant-garde music scene for the better part of 20 years—whether it’s vocal excursions that meld Gregorian chant and Dada, or soprano sax forays that come pretty close to “straight-up” jazz, the breadth and range of this iconoclast’s musical journey has always been intriguing, albeit way outside of the box. Hopson’s recent blending of traditional tunes (performed with vocals and banjo) and subtle electronics has turned him into one of the area’s most mesmerizing and memorable live performers. Catch him if you can, as his local shows tend to be few and far between.”
—Metroland, “Best of Arts & Entertainment 2010” 29 July 2010 [read online]

“‘Jazz’ is what most folks call what this fellow does, but it’s more along the lines of ‘electro-acoustic computer music the sources for which were generated live as part of a sound installation toes the line between composition and improvisation.’ Which is why jazz does nicely.”
–Joe Gross, The Austin American-Statesman

“…the standout was a reprise of a piece Hopson conceived for the Austin New Music Co-op’s Rock Music in December 2003. Standing calmly in front of a microphone, Hopson knocked two small white rocks together at a constant pace for the duration of the piece. The simple sound of the rocks’ collision seemed to incite a battery of mysterious clicking and searing noises that echoed throughout the room…”
–Dorothy Meiburg, …might be good #70, 26 May 2006 [download or the read the review online]

“…the half-hour solo set with computer by saxophonist…Holland Hopson was by far the most compelling. … Hopson programmed the computer to respond improvisationally to his own lyrical improvisations. The result was an engaging study in tension and the interplay of opposing forces.”
–Nancy Raabe, The Birmingham News

“The variety of sound created, the moving sources and fascinating interplay among those sources made a tremendously complicated live experience out of simple sounds.”
–Frederick Kaimann, The Birmingham News

“For all its software and sophistication A History of Elevators in Film is an engaging and highly musical work that presents a remarkable variety of moods and colors.”
–Paul Muller, Sequenza 21, 6 July 2016 [read the entire review online] 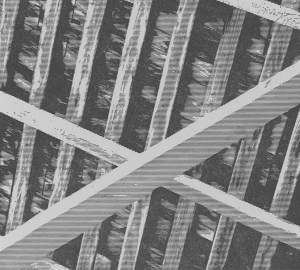 “Holland Hopson’s Post and Beam was released last year, but I stupidly didn’t fall in love with it until recently. I guarantee you’ve never heard anything like it — beautifully performed original and traditional folk songs set against an electronic dreamworld.”
–“Post and Beam Release” David Zicarelli, Cycling ’74, 26 November 2012 [read the entire review online] 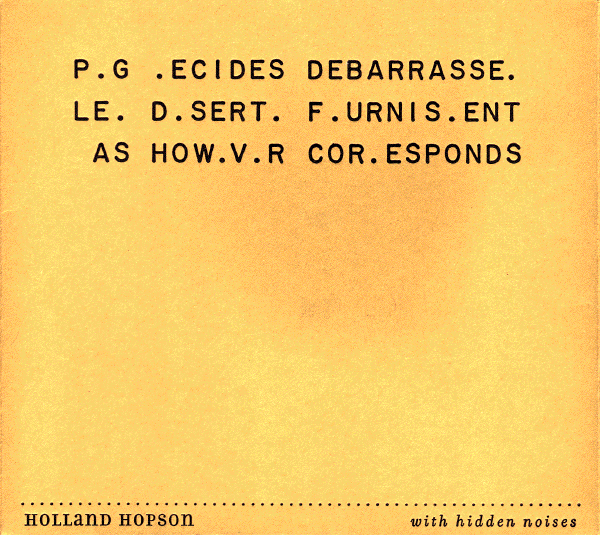 “…a grab bag of rare sounds…sounding not so much like ingesting a bottle of cough syrup, but more like a post-apocalyptic radio transmission.”
–Audra Schroeder, The Austin Chronicle, 12 May 2006 [read the entire review online] 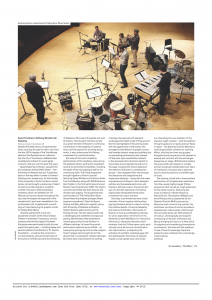 “The programme also saw the debut of the Falling River Music Sextet featuring longtime proteges Dewar (soprano saxophone), Taylor Ho Bynum (brass) and Mary Halvorson (guitar), along with University of Alabama professors Holland Hopson (electronics) and Tim Feeney (drums)… the real highlight of the evening came with the appearance of the sextet, who managed to take Braxton’s graphic scores and breathe dynamic range and subtlety into a commanding performance that showed off the wide-open possibilities inherent in the impressionistic direction implicit in the strokes and computations laid out on the page. Coupling the vibrant playing of the veterans of Braxton’s contemporary groups — who navigated their way through the selections with imaginative and responsive dexterity — along with the newer acquaintances of Hopson’s self-designed patches and homemade electronics and Feeney’s deft percussion, the second set was a truly fresh expression of intuitive playing that extrapolated whole sonic universes from colour and text.”
—The Wire, May 2015 [The Wire May 2015 page_75 Braxton Sonic Frontiers.pdf] 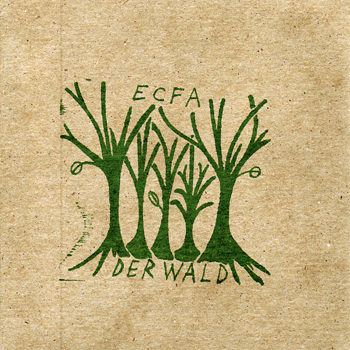 “The subtle interactions between Hopson and Keepnews showed the musicality that provided the foundation for their electronic excursions, a lovely ending to a dynamic and interesing performance.”
–Phil Zampino, The Squid’s Ear [read the entire review online]